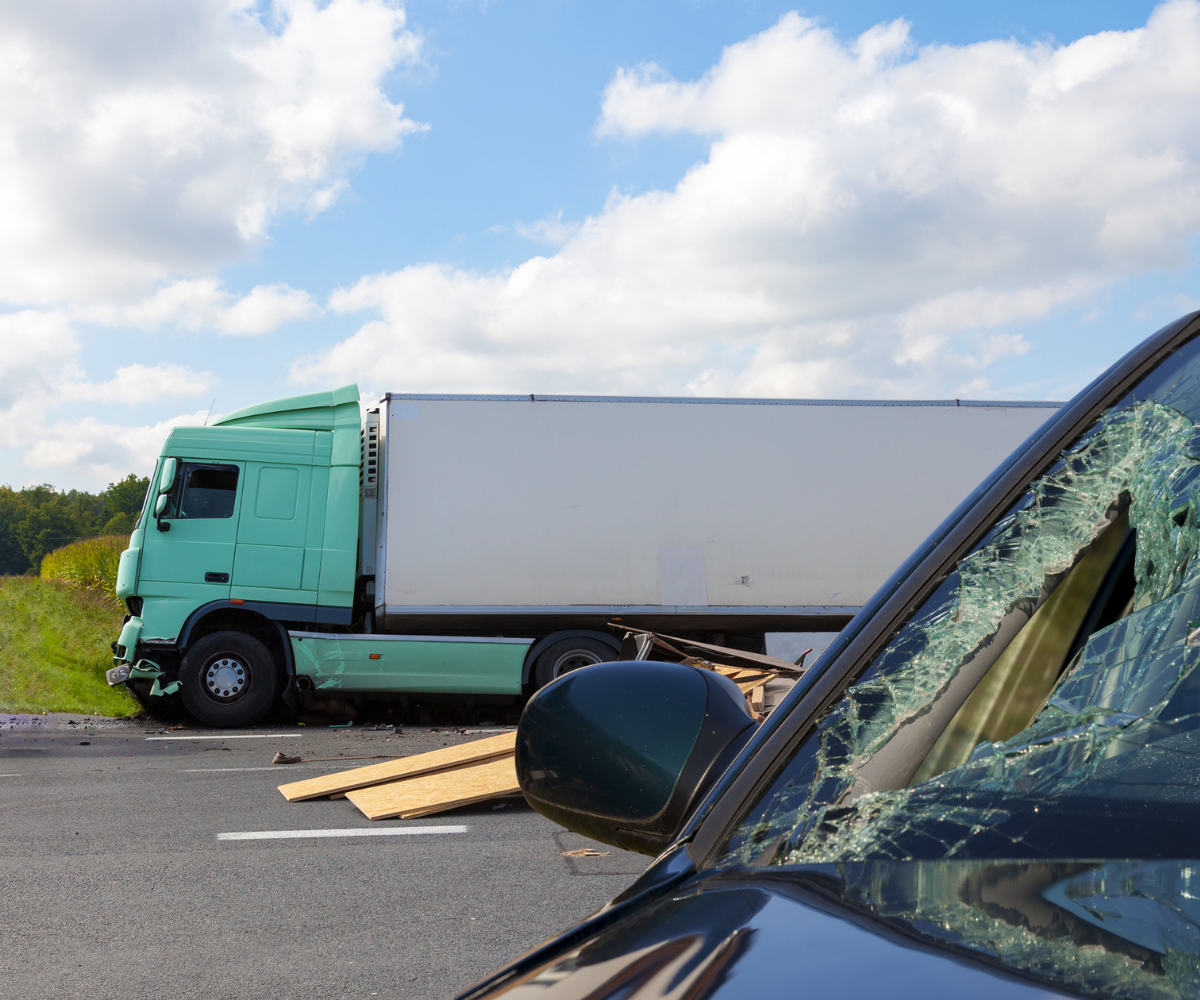 Accidents with commercial trucks generate a very different set of issues compared to usual automobile accidents, and the reason for this is not hard to understand. Unlike the usual vehicles operating on roads, the commercial trucks are tied to corporate projects, and an accident means usual company losses.

Furthermore, an average semi-truck weighs around 80,000 lbs., while an average automobile on the road weighs only 5,000 lbs. More weight means more impact when the accident takes place and more risks of casualties and property damage.

Since the truck accident cases are very difficult to handle compared to usual accidents as the risk of fatal injuries is high, a false death claim can easily be raised. That’s why one must consult an experienced attorney to handle the case. Let’s dive in! 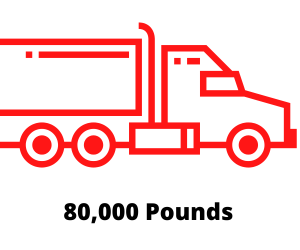 Attorney Can Help You in Investigating the Scenario

The attorney will further examine the medical records of the people involved with the truck business, collect witness statements from the bystanders, and consult experts on the issue.

In other cases, the attorney might also hire a private investigator to look at the accident scene. The attorney will make sure whether or not the duration of time spent on the road by the truck driver exceeded the duration limit allowed by the state and federal law. 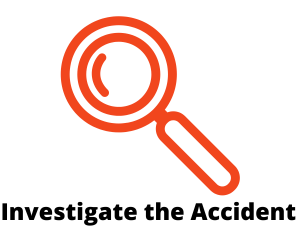 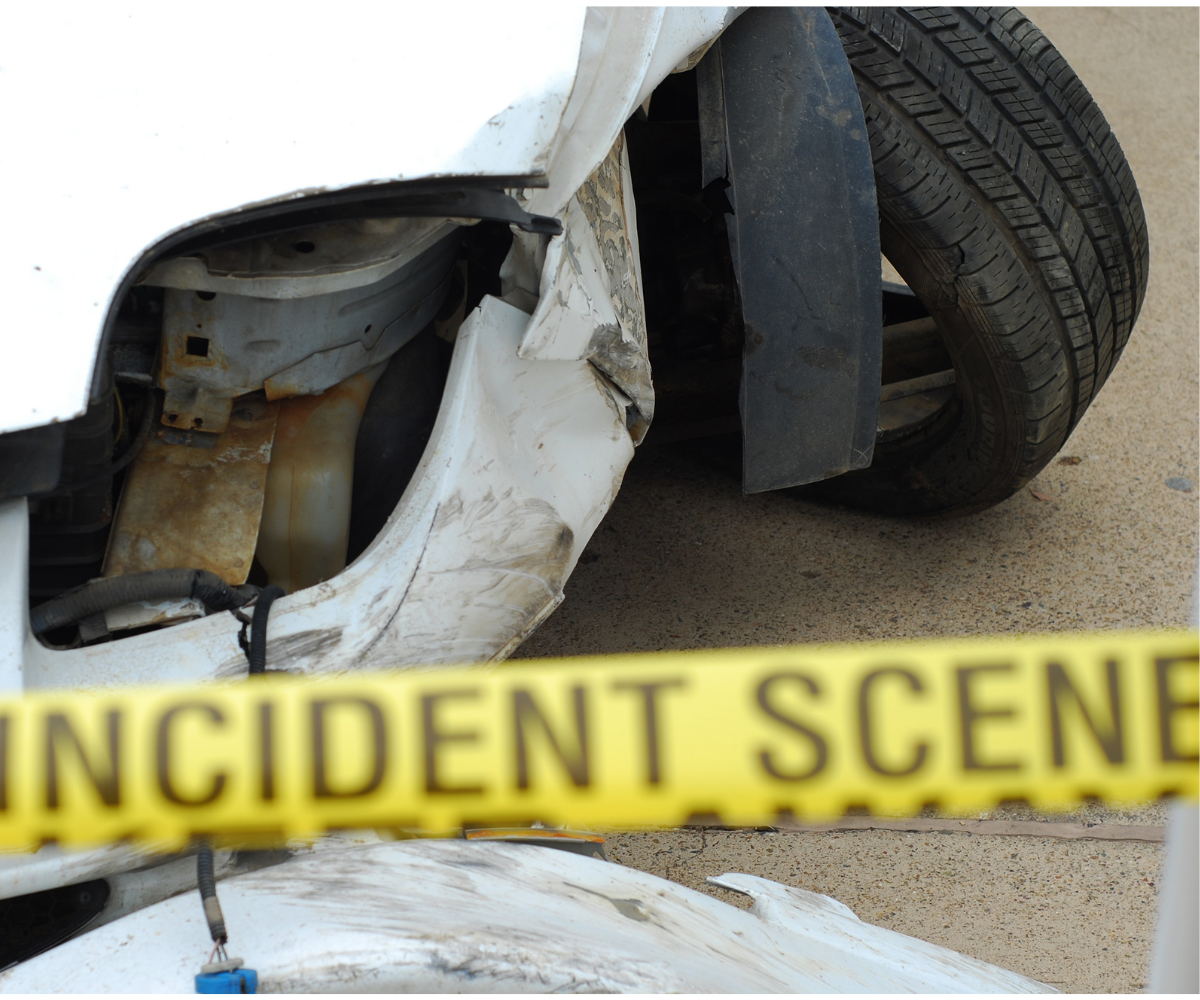 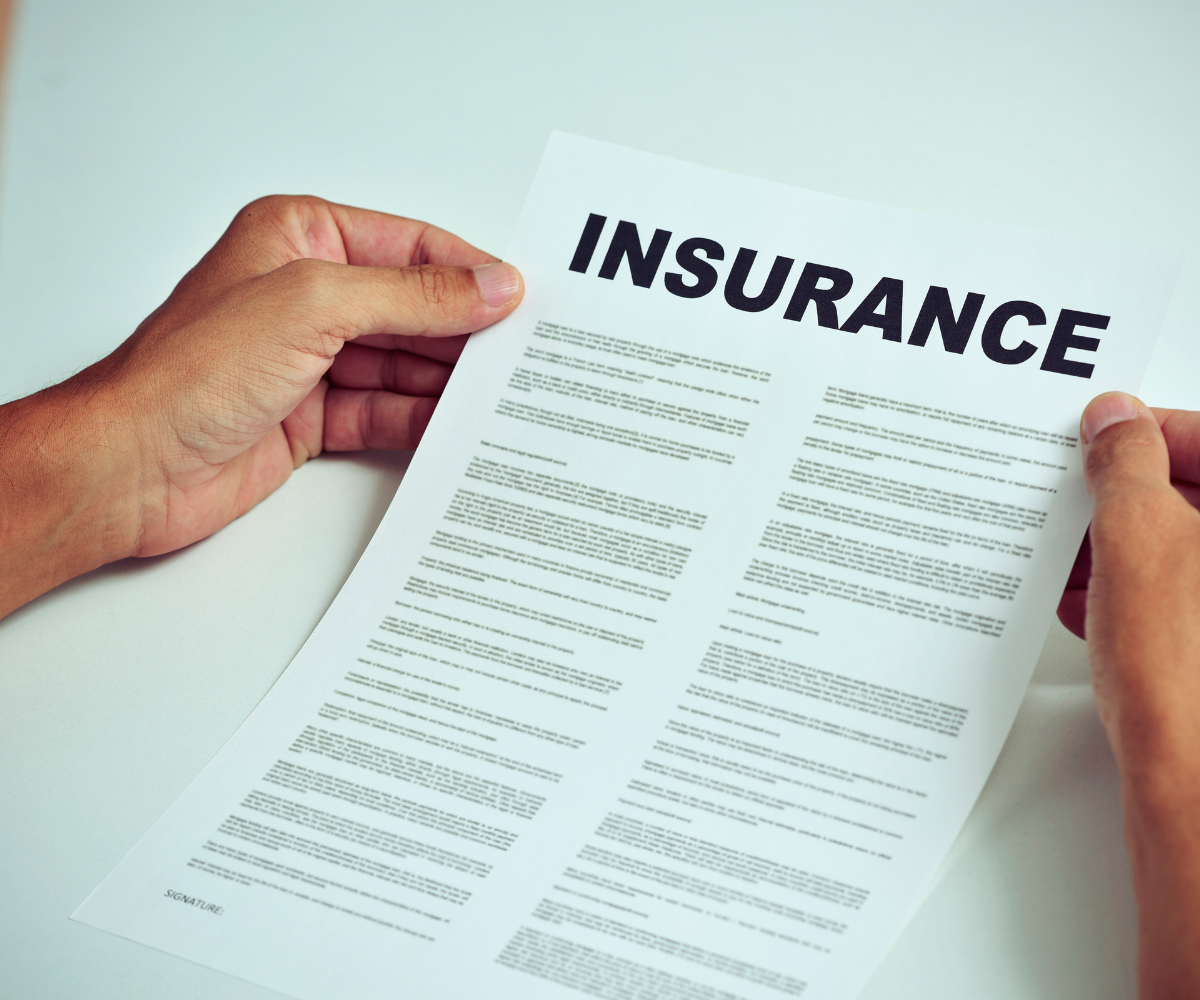 Attorney Can Help You In Dealing with the Insurance Companies

After collecting all the information possible on the truck accident, your attorney will use it as leverage to negotiate a fair deal with you and your insurance company. The attorney will make sure that the deal is desirable to you, and the negotiations are made using the information gathered on the accident as a basis.

The insurers check whether or not certain conditions are met; the attorney will make sure that the information is put forth in front of the insurers. 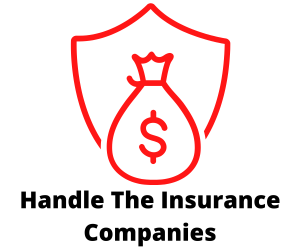 Attorney Can Help You In Negotiating Settlement with the Truck Company

With negotiating a fair deal with the insurance company, it’s also necessary to communicate with the trucking company who employed the driver for the semi-truck openly. The attorney will talk with the truck driver and urge him to act as your legal representative during the courtroom hearing process.

The semi-truck driver will play a huge role in the hearing process when the attorney puts your case forward in front of the jury. The attorney will also take care that the trucking company does not destroy the evidence related to the accident case. 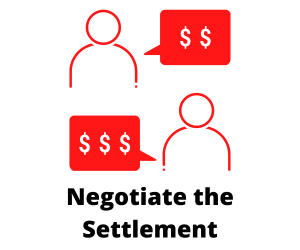 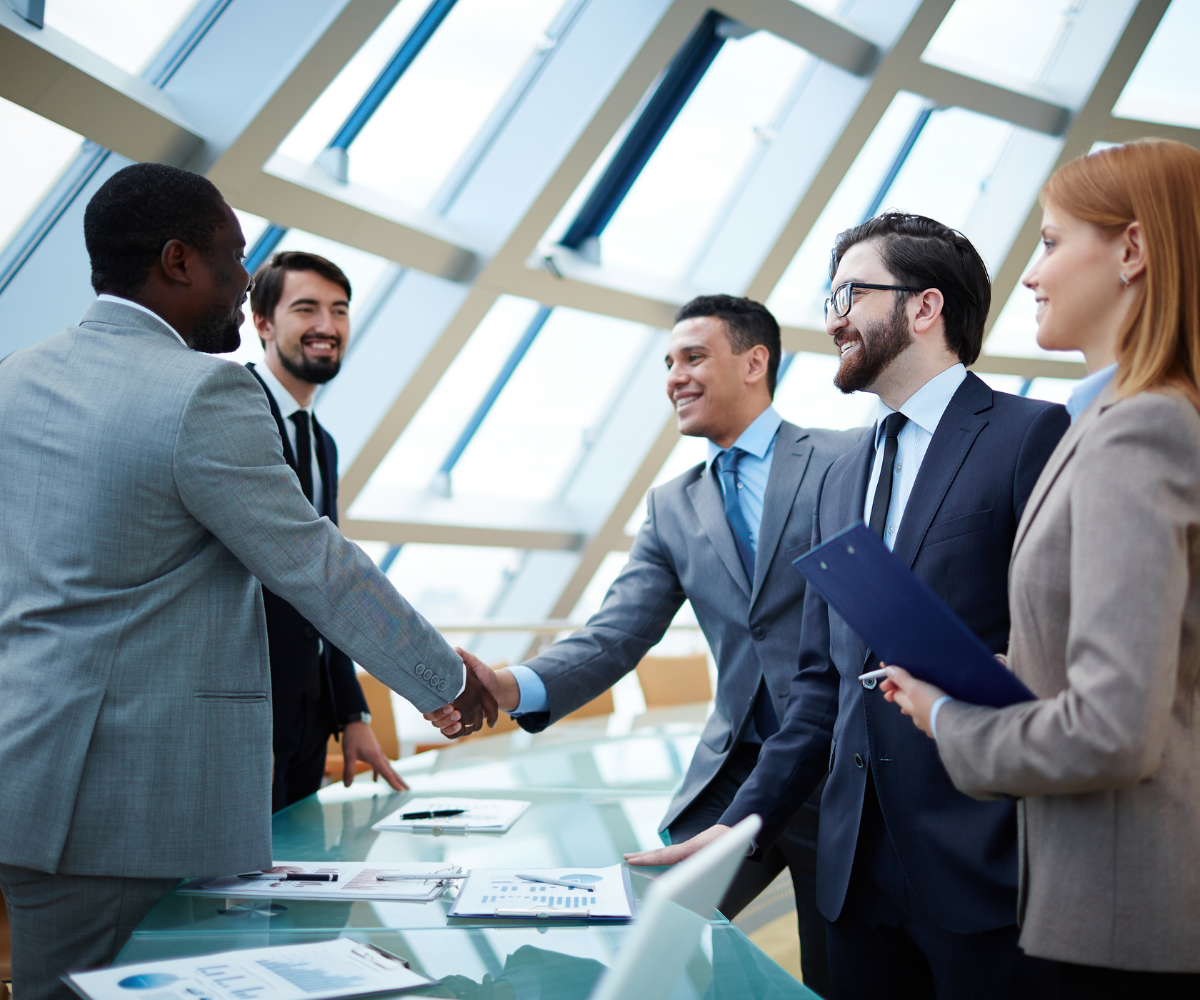 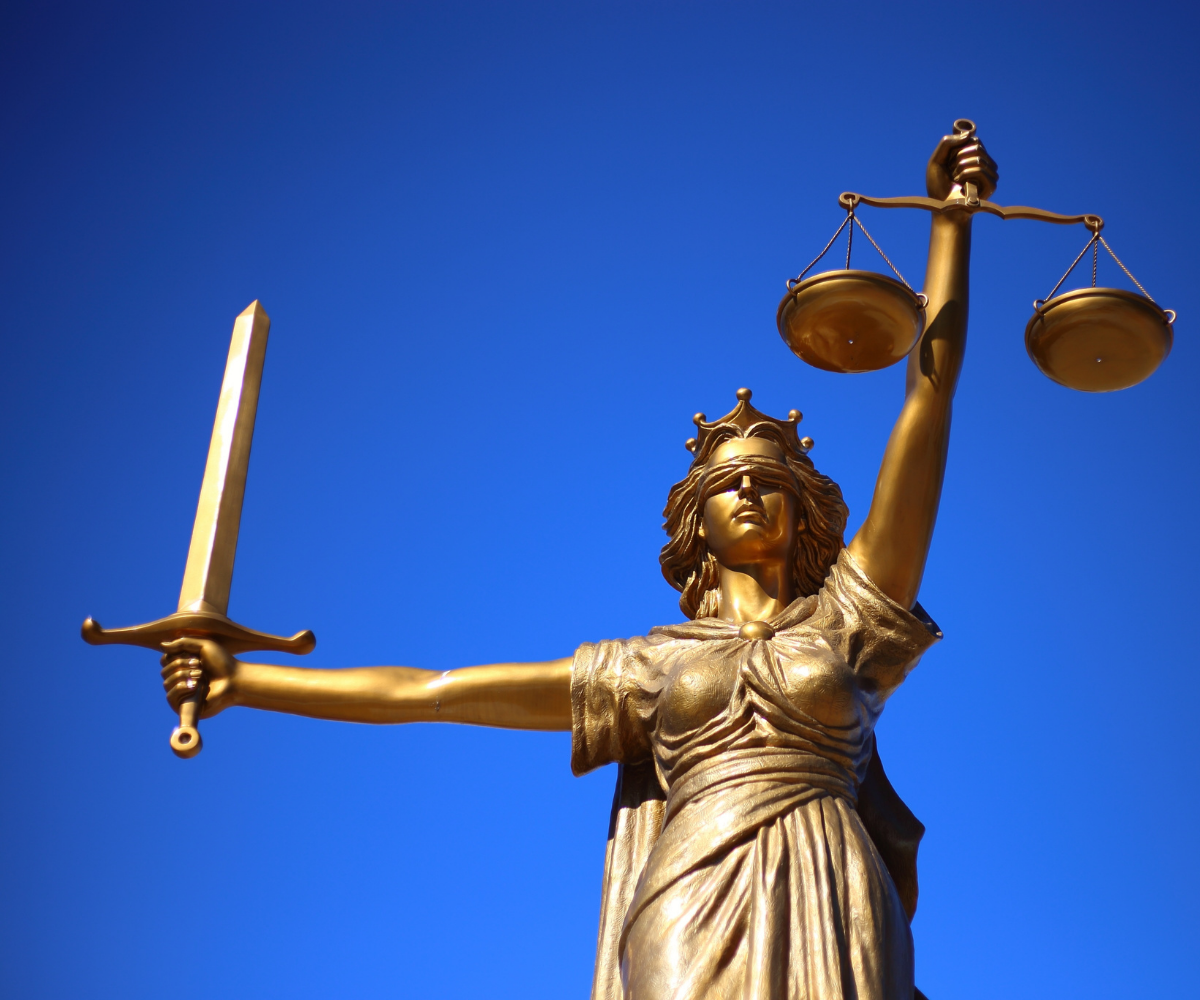 An Attorney is Your Only Assistance in Court

In the worst-case scenario, the negotiations with the insurance company and the trucking company might fail, and the situation might get exacerbated. In that case, the attorney is fully equipped to fight your case in court.

The attorney can file a lawsuit in the court for you to compensate for the damage caused. Having an experienced attorney is necessary, so the negotiations with the insurance companies go well, who naturally do not want to drag the case to the court. 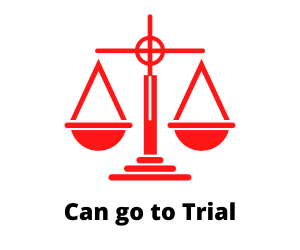 Now, as we are done with discussing the services the attorney can provide when an accident happens, let’s look at the major factors of truck accidents.

Trucks have a massive weight and volume, and due to this fact, the brakes are a very crucial safety feature in trucks. Every year many accidents are caused by brake failures. The accidents due to brake failures can be caused by a plethora of reasons such as a faulty product, the truck driver’s negligence, poor maintenance, or a combination of all of them.

The brakes of the trucks should be regularly to ensure that the product is reliable. Improper maintenance of the brake is also a huge factor, and a truck driver should pay attention to the brakes’ condition.

It’s another common tendency of commercial trucks to overload the cargo, which causes the truck to run into rollover accidents. Due to too much, the truck is always at the risk of rolling over and falling, and since the truck was loaded at the warehouse, the consequences will be suffered by both the driver and the company.

It should be ensured at the warehouse that when the cargo is being loaded, it’s not loaded improperly i.e., in a way that it might fall from the truck. Along with this, the employees must be trained to make sure that they never put too much cargo inside the truck to prevent accidents due to rolling over the truck.

The driver should make sure that he doesn’t make sudden turns at the streets and narrow pathways to avoid rolling over the truck. Along with all this, the driver should check once again before the departure that whether or not the cargo is loaded correctly.

The third factor, which is a major factor of truck accidents, is the poor maintenance of the outer parts and the intricate machinery. Commercial trucks are giant machines that require very heavy maintenance.

The faulty parts and poor maintenance can cause the truck to suddenly stop at a narrow end and end up colliding with upcoming vehicles, or failure of intricate machinery might cause over speeding or brake failure, which ends up colliding with nearby vehicles.

Truck drivers and truck companies should make sure that the truck’s condition is optimal to drive on-road and that all the vital parts are in good and reliable condition.

4. Over Speeding on Roads

Due to multiple circumstances, the truck drivers might drive very fast on roads on occasions. For example; The driver might be late for the shipment or have left late from the warehouse.

In all these cases, the truck driver will over speed on narrow roads and take sudden and sharp turns on dangerous roads and run into a fatal accident. Truck drivers always have the pressure to deliver the cargo on time, and this pressure urges them to over speed.

Trucks have a large body and huge weight to them, and therefore the truck drivers must adhere to the speed limits put on them by the traffic police and the law.

Another factor that causes truck accidents is the use of drugs and other substances, which impede cognitive functions and impedes the driver’s ability to drive properly on the roads. A drugged truck driver is the most dangerous thing on the road as the vehicle the driver is driving can cause massive collateral damage on the road and can land serious liabilities for both the driver and the company.

The driver should abstain from all kinds of substance abuse during his routine, and the company should check the drivers’ records before hiring them.

According to the FMCSA (Federal Motor Carrier Safety), the semi-truck-drivers, commercial vehicles, and tractor-trailers are obligated to adhere to the general maxims and guidelines set by the FMCSA.

There are maximum speed limits, loading constraints on the cargo in terms of weight and quantity, regulation on drug use, driving time, and other regulations to safeguard roads’ safety.

In case when these restrictions are broken, or a driver fails to adhere to them, some entities face the liabilities. The following is the list of the parties which will be held accountable and will face liabilities for the damage caused to the road and nearby vehicles in case of accidents.

An attorney that specializes in handling personal injury cases has the experience needed in order to navigate the mysterious car insurance claims. Most people do not know what their benefits are or simply just do not know what to do after they have been involved in a car accident. Most insurance companies want their insured to keep paying their premiums, without having to pay out in claims.

It is simple business, the less claims they have to pay out on, the more money they make. Car insurance adjusters get bonuses for not paying out claims to accident victims. This is a well known fact in the car insurance industry and many people do not know this. Therefore, the insurance adjuster will give you a low ball offer.

Truck accidents that result in injuries are also tough. Many doctors do not take patients that have been involved in car accidents in Ocala. In fact, many people do not want to deal with car accident patients because they are afraid that they will not get paid by the insurance company. That is why it is important to have an accident attorney who knows how to navigate this process of finding the right doctors and help fix your injuries.

Getting the maximum compensation and the right care is the most important when hiring a truck accident attorney. This is why you should hire a car accident attorney to help you with your claim.