Wrongful death claims are one of the most common types of personal injury cases our Ocala attorneys take on at Anderson Trial Group. A wrongful death occurs when a person dies as a result of the negligence or misconduct of another person or party. Experienced wrongful death lawyers can help victim’s families seek justice and compensation for the untimely loss of a loved one.

What Qualifies As A Wrongful Death Case In Ocala?

When an individual dies as the result of alleged negligence by another person or party, the family of the deceased has the right to file a wrongful death suit against the negligent party. This is, of course, an oversimplification of what qualifies as wrongful death in Florida. The truth is that each case is unique and may require nuanced litigation in order to prove negligence.

To better illustrate what a wrongful death case may look like, let’s take a look at three real-world examples of wrongful death lawsuits. One case achieved a successful outcome. Another was settled for less compensation than the family should have gotten; while the third was dismissed because negligence was not proven. 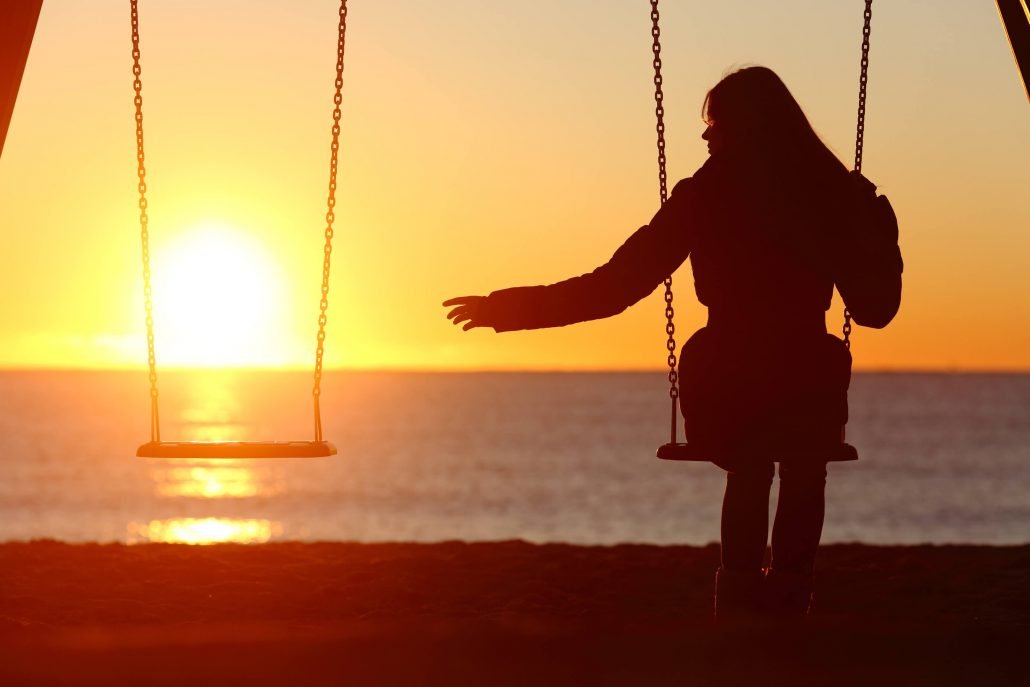 The Case of Phil and Brynn Hartman

Phill Hartman was a beloved comedian and famous cast member of Saturday Night Live. In 1998, he was tragically shot and killed by his wife, Brynn. Brynn then turned the gun on herself and committed suicide after fatally shooting her husband.

Shocked by the uncharacteristic behavior of Brynn Hartman, her family blamed the antidepressant drug, Zoloft, and its manufacturer, Pfizer, for the horrible incident. Brynn’s brother would later file a wrongful death lawsuit against Pfizer.

The suit claims that the drug, Zoloft, caused Brynn to lose her sanity, leading her to commit the murder and suicide of her husband and herself. Brynn’s brother was successful in reaching an out-of-court settlement with Pfizer that was disclosed per the terms and conditions of the settlement.

The Case of Brittany Murphy

In 2009, the actress Brittany Murphy died due to anemia and pneumonia at the age of 32. Even more bizarre, her husband died of the same complications only a year later.

It was later discovered that toxic mold was growing inside Murphy’s home. Murphy’s mother decided to file a wrongful death suit against the company that built the home, believing the mold to be ultimately responsible for her daughter’s death.

Murphy’s mother did reach a settlement out of court; however, she accepted a settlement that was far lower than she could have gotten if she had pursued the case in court. This is why having an experienced wrongful death attorney on your side is so important. Your lawyer can help you identify if you are being offered an appropriate settlement or if you should hold out for a better offer before the case goes to trial.

The Case of Venus Williams

The famous tennis player, Venus Williams, was involved in a car accident in Palm Beach Gardens in 2018. Tragically, a passenger, Jerome Barson, in the vehicle that hit Williams’ car passed away two weeks after the accident due to his injuries.

Barson’s family and wife, who was driving the car, later filed a wrongful death claim against Venus Williams. Video surveillance of the intersection where the crash occurred revealed Williams did not violate any driving laws and was not responsible for the accident. The case was eventually dismissed.

Wrongful death can be caused by any number of factors as shown in the examples above. However, here are some of the most common types of wrongful death claims our personal injury lawyers deal with in Ocala.

One of the leading causes of wrongful deaths in Florida is motor vehicle accidents. Car accidents or motorcycle accidents are often caused due to negligence by one or more drivers involved in the collision. This negligence can be due to driving while intoxicated, reckless driving, or driving at unsafe speeds.

In 2018 alone, there were 2,915 fatal car accidents in the state of Florida. Those accidents lead to 3,133 deaths. To put this in perspective, that means there are roughly 14.7 deaths annually per every 100,000 people in Florida.

Workplace accidents are all too common for employees working under unsafe working conditions. These accidents often lead to short-term or long-term injury and even death in some cases.

According to the U.S. Bureau of Labor Statistics, there were 5,250 fatal work injuries reported across the country in 2018 with 332 deaths taking place in Florida. These accidents can happen after any number of reasons, such as being forced to work overtime in unsafe conditions or not having proper safety equipment available for employees.

Employers have a responsibility to provide a reasonably safe work environment for their employees. When those safety regulations are violated due to negligence or misconduct, the victims have the right to hold their employer responsible for injuries or death.

Another reason people look to hire wrongful death lawyers is death caused by medical malpractice. The doctors, nurses, and surgeons that provide medical care to us are expected to be highly trained professionals who have gone through rigorous training to provide the best medical care possible. However, accidents do happen and unfortunately these accidents can sometimes lead to death.

Medical malpractice implies negligence on the part of the medical care provider. Most medical malpractice cases arise due to a misdiagnosis of or failure to diagnose a patient’s condition, leading to worsening health problems or death. Although medical professionals actively work to save lives, they must also be held accountable when their errors end a life.

Putting yourself thousands of feet into the air is commonplace nowadays. But, despite our modern advancements in aviation, the act of flying is not always safe. Aviation accidents may be rare, but they often end fatally for those involved. Roughly 80% of aviation accidents are due to human error. When these accidents do happen, families typically file wrongful death lawsuits against the airway company, the aircraft manufacturer, the at-fault pilot, or all of them.

An unfortunate example of an aviation accident leading to death is the tragic helicopter crash that led to the deaths of NBA legend Kobe Bryant and his young daughter, Gianna, along with the other 5 passengers and the pilot. In February of 2020, Kobe Bryant’s wife filed a wrongful death suit against the helicopter company used by Bryant and against the heirs of the pilot’s estate.

It is no secret that semi-trucks are massive vehicles that can spark anxiety in any person driving next to one. That anxiety is well-founded because these 35,000-pound road behemoths can often cause serious injury and death when involved in an accident.

Similar to deaths caused by aviation accidents, semi-truck accidents are usually caused due to human error, such as drunk driving, speeding, or not performing important safety checks. Wrongful death suits following a semi-truck accident can also seek to hold multiple parties responsible for the accident including the trucking company, the driver, or the truck manufacturer.

Other Types of Wrongful Deaths

What Is The Legal Process Of A Wrongful Death Case?

The process of litigating a wrongful death case in Ocala can be quite complex. That defendant in a wrongful death claim must be proven guilty of negligence in the death of the victim in order to be held legally responsible. Appropriate compensation can then be sought once negligence has been shown.

Proving negligence is no easy feat. This is especially true if you do not have an experienced wrongful death lawyer on your side. Our legal team will help guide you through the entire process of a wrongful death case, working tirelessly on your behalf.

Elements in a Wrongful Death Suit

In order to prove a person or party was responsible for the wrongful death of an individual, the following elements must be present: 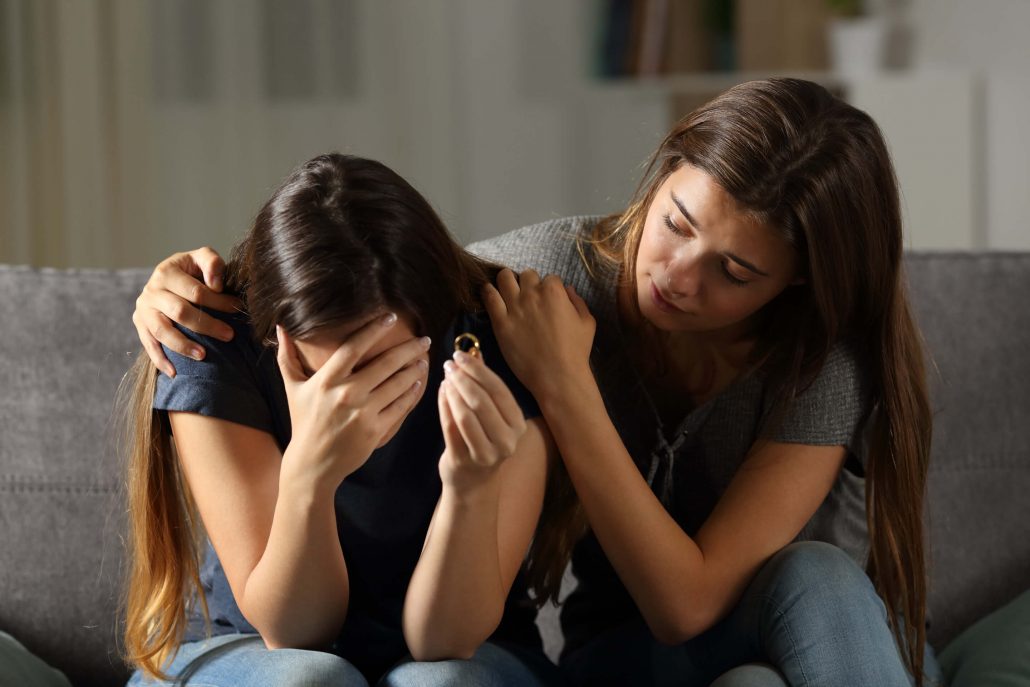 Who Can File A Wrongful Death Claim?

Who Can Be Held Responsible in a Wrongful Death Suit?

A wrongful death lawsuit can be filed against any entity that was responsible for the death of an individual. This could mean one person or multiple parties that played a role in the accidental death. However, it must be proven that any entity being sued did in fact cause a person’s death due to negligence or misconduct.

An example of entities that can be held liable after a wrongful death in an auto/aviation accident include:

What Compensation Can You Seek in a Wrongful Death Suit?

The types of damages that can be awarded to the decedent’s surviving family can vary from state to state. Compensation is often awarded based on the survivor’s relationship with the deceased and the financial burdens they have suffered due to the accident.

The court will typically determine what will be fair compensation for the family of the deceased unless the lawsuit is settled out of court. Family members that are filing a wrongful death claim can look to seek damages for:

When To Hire A Personal Injury Attorney?

Surviving family members looking to file a lawsuit for the untimely death of a loved one should look to hire a wrongful death lawyer before they file a lawsuit. A personal injury attorney will perform a case evaluation, looking at all the factors surrounding your case. Your lawyer will let you know if you have a good case for holding the alleged guilty party or parties responsible.

Once you have sought legal representation and they determine you have a strong case, your attorney can file a wrongful death lawsuit on your behalf. A personal injury attorney will represent you in any legal proceedings and help you navigate the legal processes involved.

A good personal injury lawyer will investigate all aspects of the case and gather supporting evidence to provide to the court and jury. If the defendant is found liable, your lawyer will ensure your family is appropriately compensated for their loss.

Losing a loved one is extremely difficult, especially when that death was not expected. If you believe the death of a loved one was the result of negligence or even purposeful intent by another person or entity, it is important to take legal action quickly.

Contact the Ocala wrongful death attorneys by calling (352) 619-0995 or use our online form to request a free case evaluation.